(To begin, this is not truth with a capital T.  These are my opinions as a Movement Analyst and Somatic Therapist who has been studying movement behaviour for 40 years.)

Trump doesn’t have it.  Cruz doesn’t have it.  What the ‘it’ is I am referring to is a sense of ease and authenticity revealed in the body. That ease is a reflection of honesty, vulnerability, humility and openness. These are qualities I believe are inherent in great leadership.

Barack Obama has it.  He’s comfortable in his own skin, resilient and authentic in his movement life. He pauses to ponder and continues to move while he is pondering.  His thinking and reflecting is felt and he deeply considers questions that come to him. When he talks, I believe what he is saying is true because his words and thoughts match his movement. He is open and grounded which reveals a willingness to be moved and transformed by others to learn and grow. I do not see rigidity in him. I see freedom that is deeply grounded.  He is an integrated man both psychically and somatically.

Trump on the other hand is not.  Trump clenches his jaw almost constantly.  He holds his breath and then forces out opinions. He hunches forward and closes off his heart, which is why I believe he can make arrogant and cutting statements and decisions about people’s lives. He exhibits a postural manifestation that is cut off from feeling.  There is very little movement through his heart center from the ground of him to his thinking.  There is no flow in him.

I see in Donald Trump rigidity and fear in him manifested physically as holding and stagnant.  My belief is he has no problem shifting his opinion on issues because he is not truly grounded. A strong moral compass and firm conviction come from a grounded connection to one’s sense of truth and purpose with an open and vulnerable heart that is firmly grounded in the gut.  Deep knowing with a compassionate and courageous heart with vital conviction are manifested through a strong and fluid presence that is yielding and firm.  That seems like a conflict and yet it isn’t.  True strength is deep vulnerability and a willingness to shift when wrong.

False strength is what we see in Donald Trump as unyielding and rigidly forceful with very little resilience and adaptability.  His decisions are rash and extreme because I believe he is cut off from his own heart and sense of compassion.  Donald Trump’s bravado masks a lack of connection to his own moral truth.  That connection would be his true support and guidance.

The real question here is why do so many follow people with so little connection to true strength and courage?  Why are people moved to take other’s positions into their own psyches and physical beings as if they are essential reasons for defending their sense of liberty or what they believe is right?

Also, why are people frightened of true strength in others that is revealed as resilient, adaptable and firm yet yielding to a higher purpose or ideal?  Considering, actually allowing time to ponder deeply what feels right and true is frowned upon in this culture.  The person who speaks the loudest and most forcefully often is seen as the strongest or best.  When so often the opposite is true.  Who survives and withstands the greatest obstacles and challenges are those that give time to deeply consider and understand the implications of their decisions with compassion, understanding  grounded through their sense of morality and right thinking.

I have been trained to look at movement patterns and movement behavior to help understand others, as a therapist, a teacher and a coach. I belief what Martha Graham said many years ago which is, ‘The body never lies.” Our movement signature, the way we move and express ourselves, to the trained eye, is relatively easily read/discerned when someone is genuine and authentic and when they are not. I am not in Donald Trump’s skin and do to know him.  What I see in him feels very disingenuous to me.

What am I missing here? 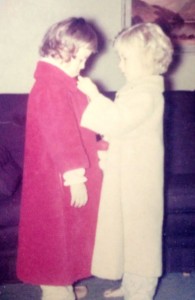